There are a few reasons for choosing to pollard trees. It is an effective way of reducing the amount of shade cast by trees, to thin the crown thereby increasing air circulation, it helps keep trees a comfortable size for their local environment, it may be necessary to shape a tree for design purposes and to prevent trees from touching overhanging electricity or telephone lines.

A number of different species of trees can be pollarded on a regular basis and in some cases it can be an effective way to rejuvenate a tree and to prolong its life.

Pollarding can be used on many trees including the following:

It is usually best to carry out any pollarding during the Winter months when the deciduous trees have shed their leaves,and the tree structure is more noticeable. The lower level of tree sap during this season means that less stress will be caused to the tree and it is also less likely that a tree will suffer infection from Insects or fungi during the Winter as both of these threats are dormant.

There are some exceptions to this rule however for example walnut prefer summer pruning and some fruit trees produce more abundant and better fruit if pruned in the summer. Consult a qualified arborist from Arborlife if in any doubt.

It is also worth noting that trees within conservation areas may well have Tree Preservation Orders (TPOs) on them. It is worth checking with the local authorities before you would like the work to be undertaken and the relevant permission should then be sought either directly by yourselves or by Arborlife on your behalf.

Trees may be pollarded as soon as they have reached the desired height and the form can then be chosen.

Usually when a tree has been pollarded, four or five main branches (cut to the desired length) will be left on the stem from which thinner ones will soon grow.

To maintain a pollard these smaller branches should be cut back to the original pollard cuts. In some cases where some leaf cover is required some branches may be left and others cut back to a side stem. 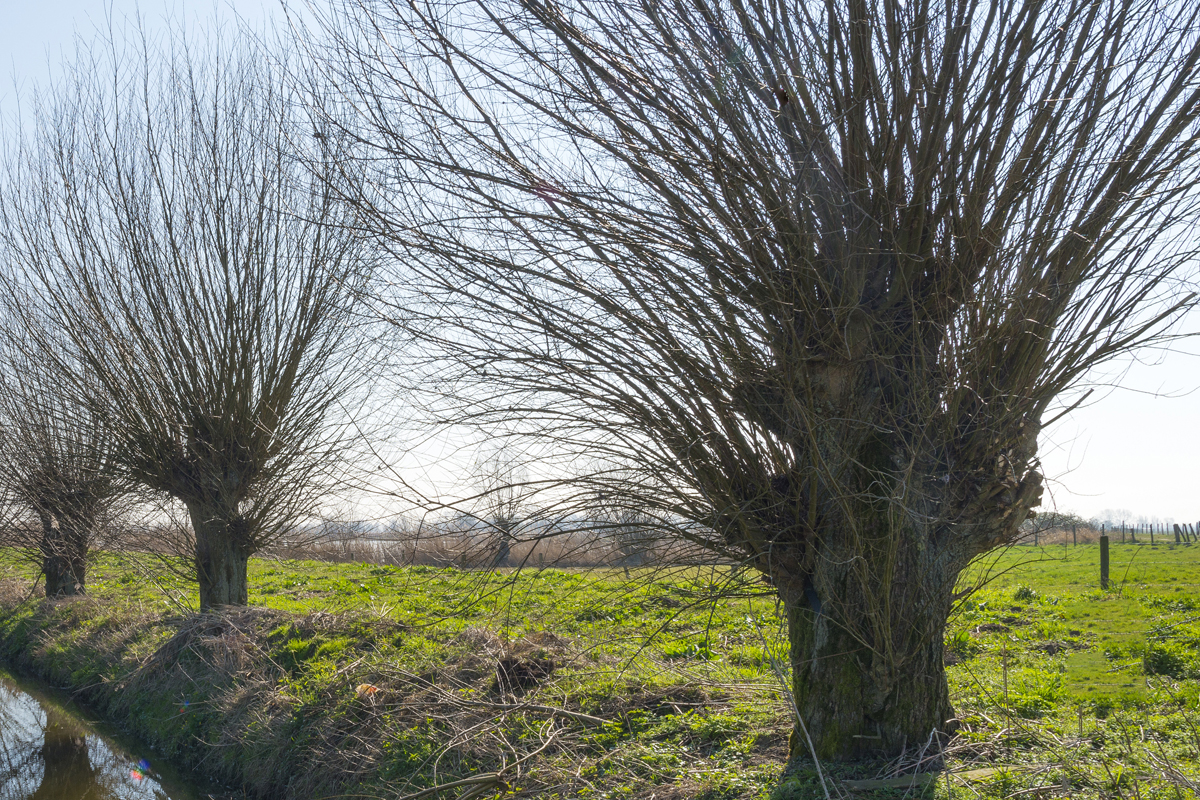 Pollarding is a pruning technique used for many reasons, including:

These are a few of the plants it can be used on:

Pollarding a tree is usually done annually, and would need to be carried out every few years to avoid potential problems. This usually involves hiring an arborist, so can be expensive. Why not consider the following before pollarding:

The best time for pollarding many trees and shrubs is in late winter or early spring. However, bear in mind the following:

Once young trees or shrubs have reached the desired height, you can begin to pollard them. This involves choosing a framework:

Initially, the new branches are held weakly in place as they grow rapidly from underneath the bark, rather than from within the tree. As the wood lays down annual growth rings, the union strengthens, often forming a thickened base where the shoot meets the trunk. Over a number of years, a swollen 'pollard head' forms where new shoots grow each year. 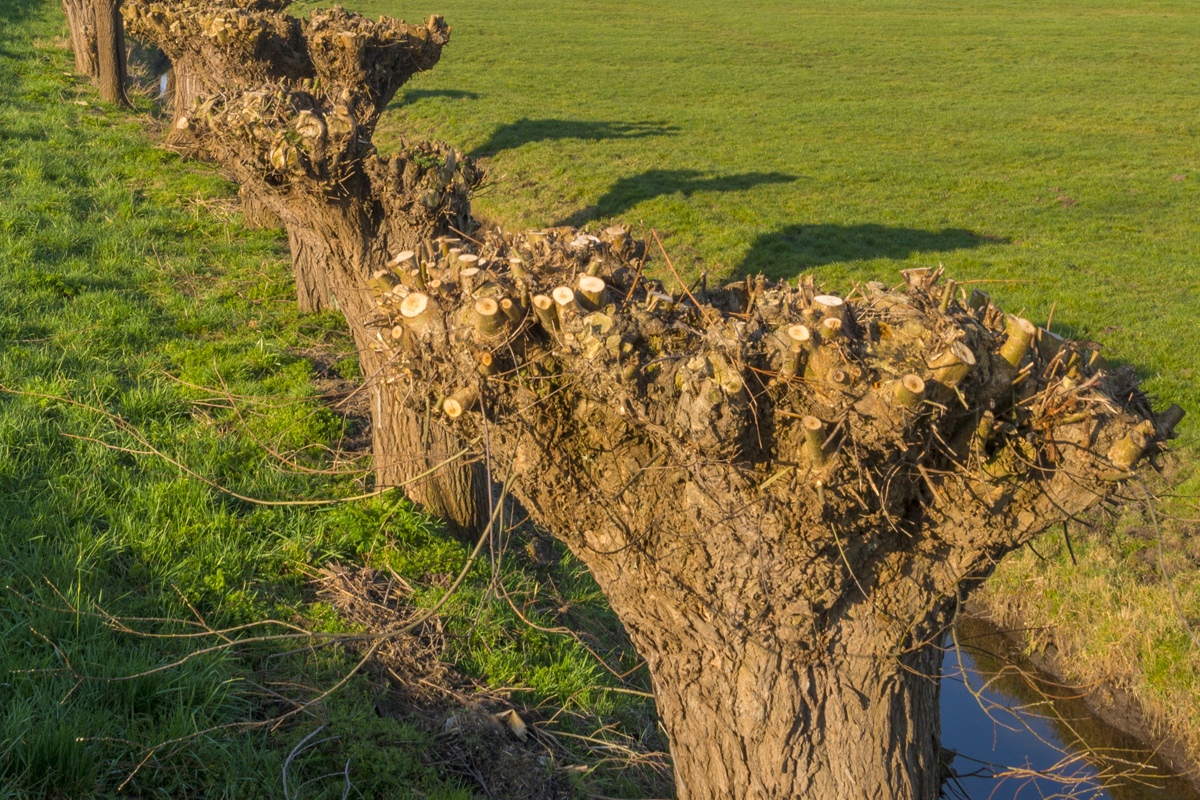 Whilst it does cost to pollard a tree annually it may work out more expensive to have to revive a tree which has been neglected for a number of years. The tree surgeons will need to remove more branches from potentially a much greater height. Consult an arborist for advice on whether a tree needs remedial pollarding.

Of course there are always exceptions and Walnut trees are best pruned in July.
A qualified arborist can advise you on all aspects of tree pruning and tree care.
If you live in, or near, a conservation area, you should check with your local authority before performing any work on trees. Many mature trees are listed for conservation reasons and you may need to get planning permission for planned works.

Seek advice from an arborist before doing any work. Although having a tree pollarded regularly is expensive, an overgrown pollard may require more surgery to remove larger parts of the tree at a greater height.

Try the following to rejuvenate an overgrown pollarded tree or shrub:

After any major work, the tree should be monitored for any further maintenance required.

Once a tree or shrub is pollarded, continue the annual cycle of cutting.

Trees with weaker wood prone to producing multiple shoots, such as poplar (Populus) and willow (Salix) can become hazardous. Some of the weakly-attached branches can break off and fall to the ground. Ideally, try to return to a frequent cutting cycle and have an arborist carry out a safety check regularly.

A similar problem can occur with trees such as beech (Fagus sylvatica), oak (Quercus robur) and sweet chestnut (Castanea sativa). The branches become heavy when pollarding lapses for several decades, and these may break away in windy weather. Consult an arborist, if you are in any doubt.